The importance of Cirencester as the Roman Town of Corinium has been appreciated for half a century, however Cirencester came to the fore as a site of archaeological interest with the discovery of the Four Seasons and Hunting Dog mosaics in 1849. A museum was built by the Earl of Bathurst to house the mosaics and in 1936 this was merged with a second collection held by the Cripps family, and rehoused in the Corinium Museum of today.

The galleries of the Corinium Museum underwent major refurbishment work in 2004 to modernise the museum and expand its visitor capacity, and in 2014 we were invited as one of four architecture practices to participate in a competition for a second phase of renovation to the remaining parts of the museum. We adopted a light-touch approach to the refurbishment, combined with a number of key strategic changes to the existing museum to create better connections to the street, and reconfigure the journey through the museum. 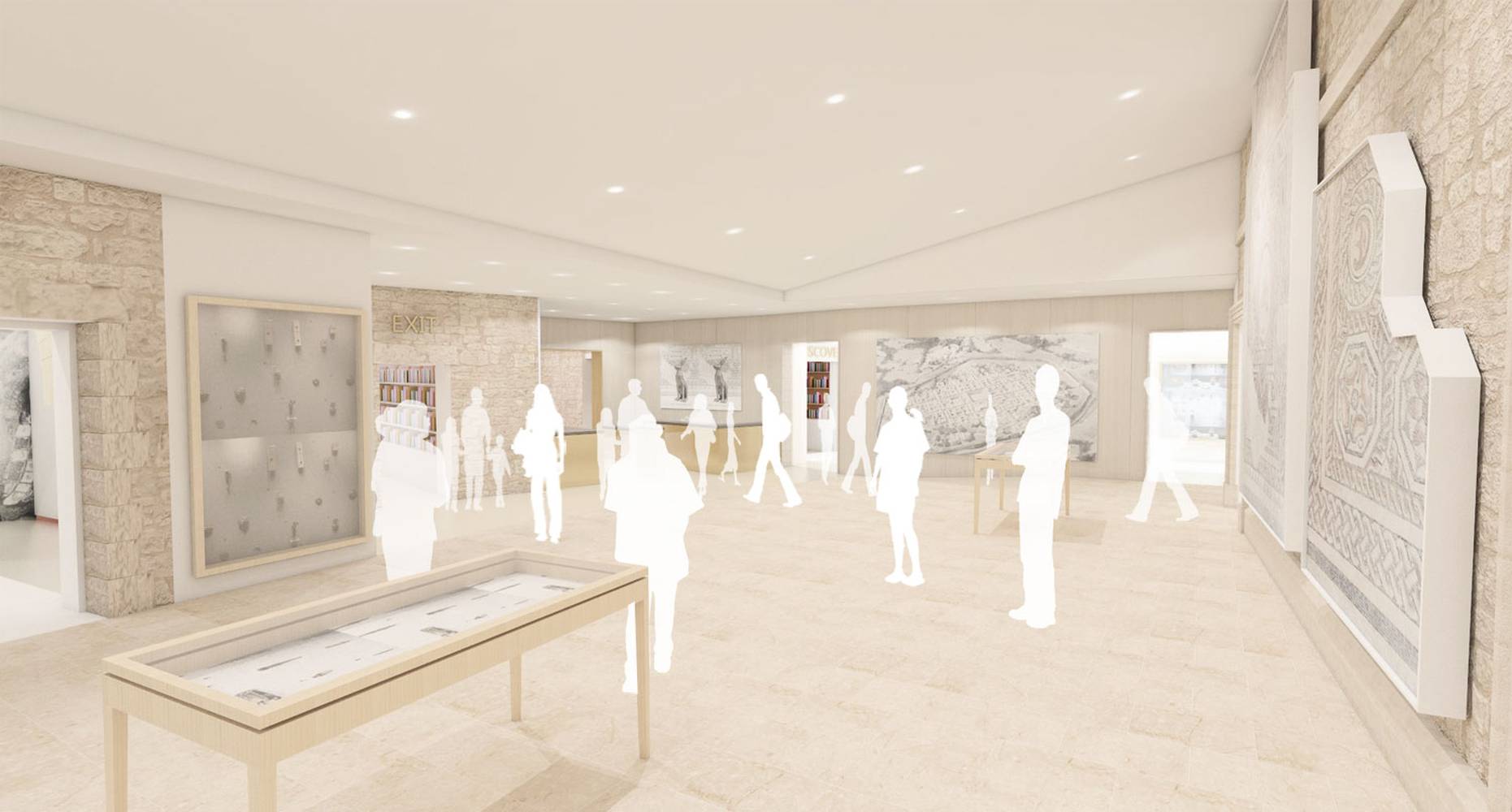 We proposed that existing historic structures are retained with a view to reinforcing the sense and presence of history through the architecture itself. This idea is extended into the proposed new elements, which reinterpret the plan-structure and architectural features of classic Roman Villas. 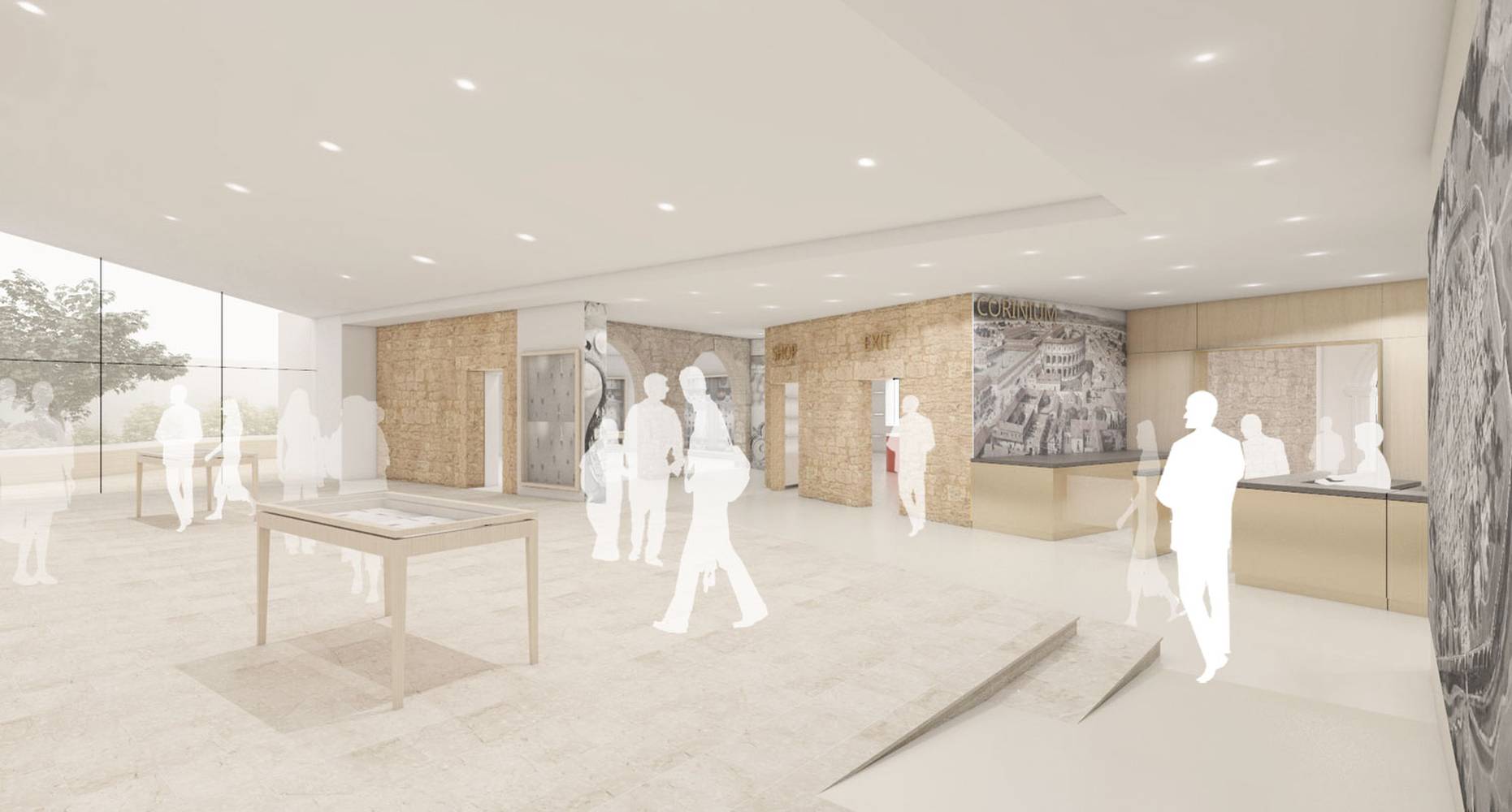 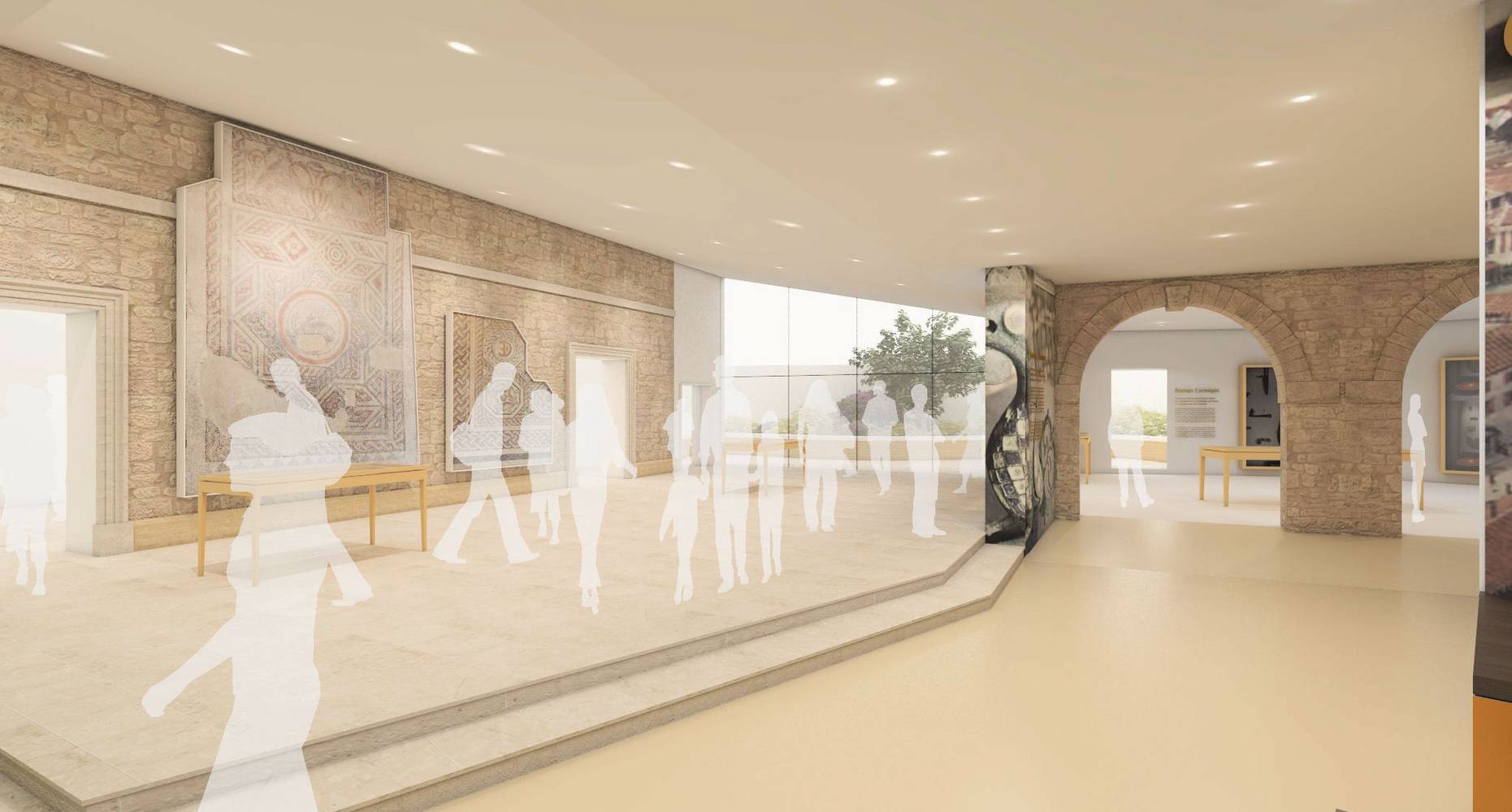 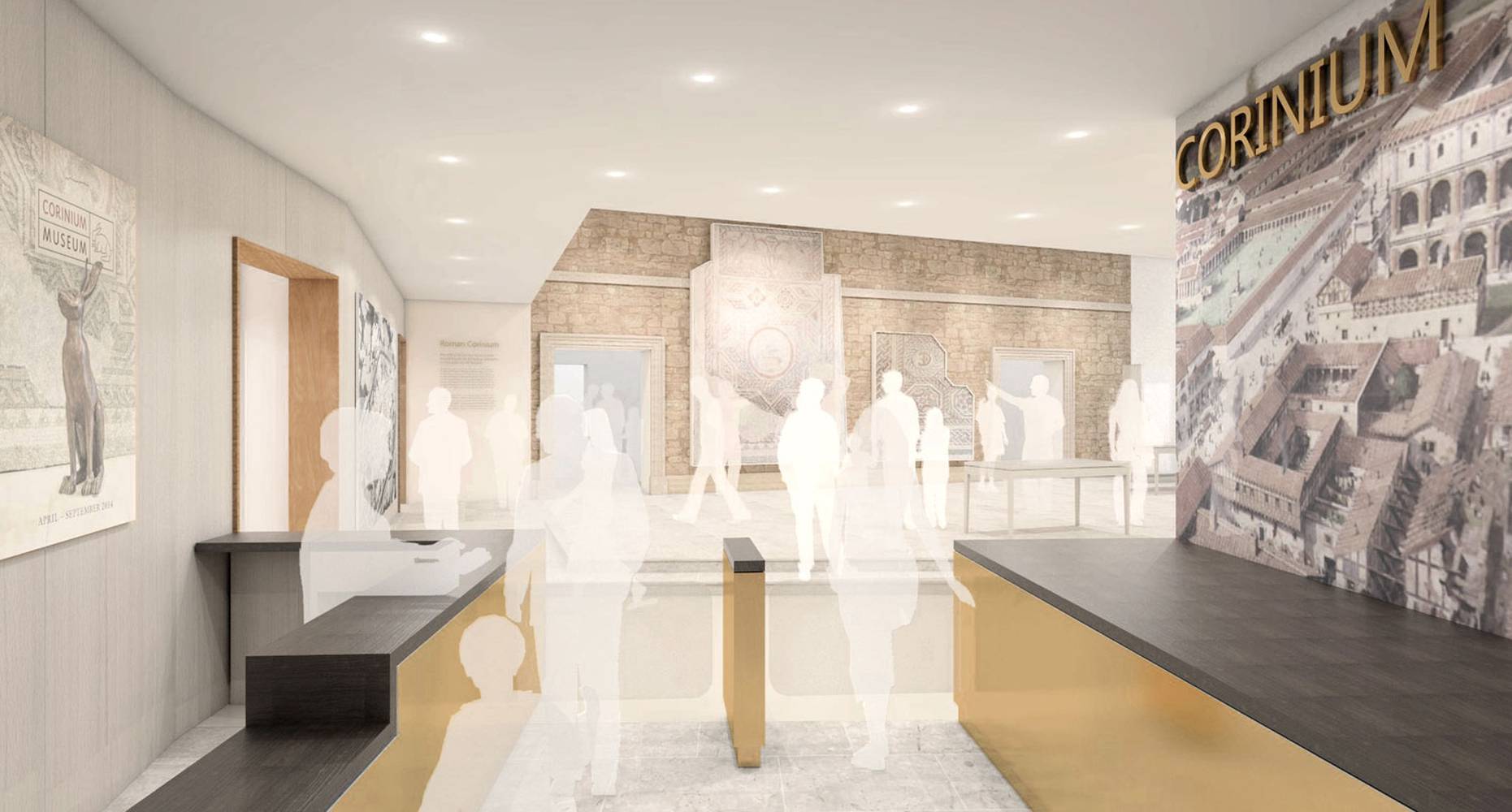 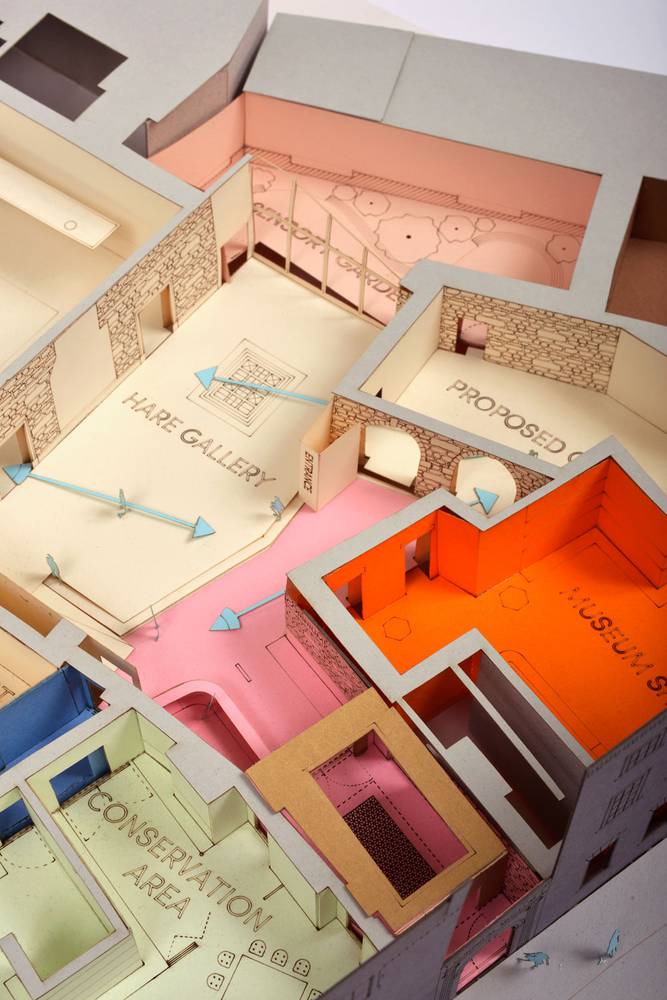 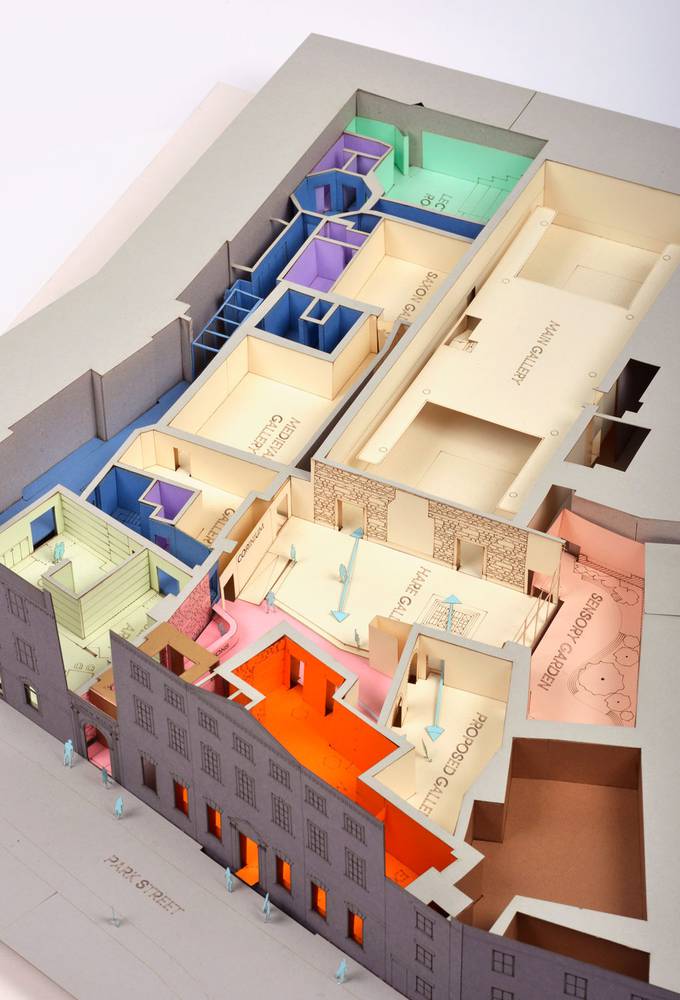