At the Museum of Architecture talk on Monday evening, panellists debated the question 'Does user involvement create better designs?' To read a summary of the introductory positions taken by Kyle Buchanan (Archio), Robert Sakula (Ash Sakula), Dieter Kleiner (RCKA) and Carolina Caicedo (The Decorators), take a look back at our article 'Part 1: Museum of Architecture debate - Does user involvement create better designs?' .

Following Hilary Satchwell's (Tibbalds, chairing the debate) round up of the arguments, questions from the floor kicked off.

Is there ever a case when co-design/ user involvement, does not result in a better outcome?

Whilst the panel were generally in agreement in the benefits of user involvement in the design process, and the opportunity there was for architects to play a positive role here, Carolina raised a valid point that the outcome can be worse if the engagement is not genuine. If a client is using co-design purely as a way of validating their private ambition, or ticking a box, then this certainly does not always lead to better outcomes. Kyle noted that the word consultation could be problematic, with a stigma starting around it. 'Engagement' seemed a better description of asking a community to help to design, not to give you answer.

With the advance of web-based tools for consultation, what is the role of the local government?

The panel recommended a number of online tools which actually enabled local government and user engagement coming together to create stronger cases and actions. For example, Archio's London CLT project came about through the people power of Citizens UK, who have a strong online and social media presence, combining with the local council power, with the Mayor of Lewisham gifting the land to the trust from Lewisham Council after years of hard work by members of Citizens UK.

More examples include Commonplace, an app which allows anyone to comment on local project, logging their comment and geographical location, which can be useful as empirical data. My Community Rights is a website promoted on the government's gov.uk website, which has details on how to take part in community actions and consultations, and has support, advice and funding details The Mayor of London is also using Space Hive to promote crowd funding of projects, for people to take part in the regeneration of neighbourhoods and local communities.

Has anyone had a positive experience of 'co-design', where you have allowed users/ communities to be involved in the actual design?

Robert noted that this happens commonly in private residential or end-user projects, where clients are involved in designs and finishes. However, when you are engaging with a community, Carolina notes that user involvement is most useful and crucial in the design of the programme and strategic planning. A number of the panel agreed that deep engagement if often vitally about brief setting and programme.

How important is it to speak to different groups during consultation, and does is make engagement unauthentic if you can't reach every group?

The panel's response to this highlighted the importance of honesty with engagement results and analysis, with Dieter noting that it doesn't make it unauthentic, as you should never assume that speaking to some people represents all. Kyle noted he believed that all consultation is useful, even if it positive/ negative/ or there are not to enough people, because it expands your own perception with each conversation. Carolina noted however, that designing for everyone is difficult, and sometimes you must consider who isn't there and why, and focus on an under-represented group.

In product/ service design, people are paid to be involved in target groups - are incentives a way to get more people involved in engagement?

With discussion in the debate commenting on limitations of traditional consultation, how to get people to engage was a crucial topic. Carolina and Kyle both showed examples of how they had tried to reach a larger number of people, with a radio station and a garage-based model making weekend. As Robert noted, the problem is that architecture is a different financial model to product design and so you do not create something , pay for a target group to test it, and then make thousands of the product.  In architecture, you are more likely to make it once, specific, for that context.

What is the role of post-occupancy evaluation as user engagement/ involvement?

Post-occupancy evaluation has been added to the RIBA Work Stages as the final work stage 07, however many of the panel and architects in the room noted that this was something they strived to do, but had to fund these themselves. The other consensus was that whilst performance was easier to post-evaluate, many were interested in how experience and well-being could be measured. At Archio we are currently aiming to undertake post-occupancy evaluation/ digital feedback at a number of our projects, as a way to learn more about the outcomes of design, and will be publishing more information on this shortly.

Thank you to all of the panel, chair and Museum of Architecture, for taking part in such an honest and thoughtful debate, on the increasingly current and important role of user involvement in the design process. 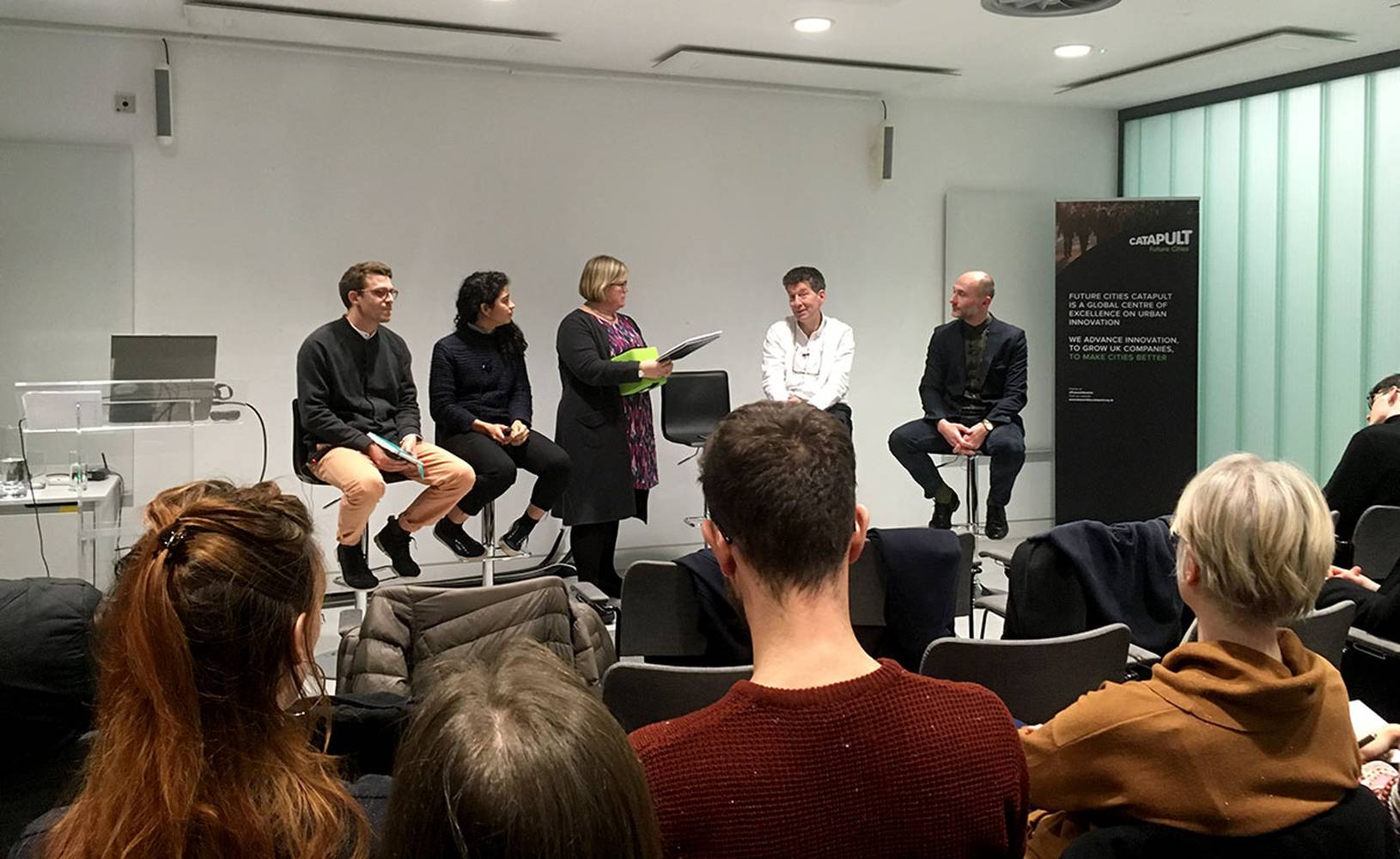 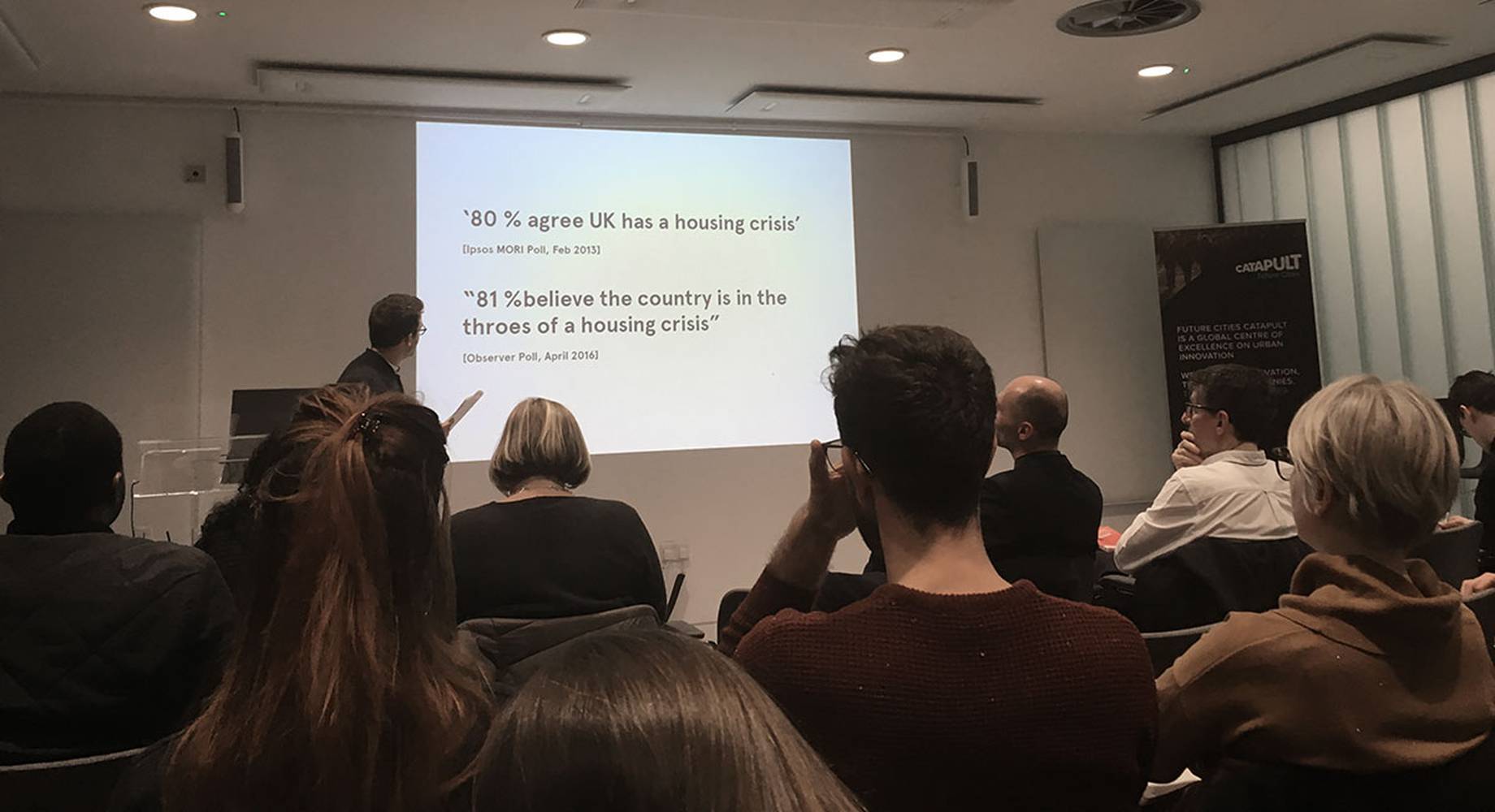