A growing awareness of the environmental damage caused by conventional fossil fuels, along with rising energy prices and the advent of lucrative government grants for self-sufficient forms of energy production have contributed to a surge in the popularity of ‘off-grid’ renewable energy over the past ten years.

The Government’s Domestic RHI (Renewable Heat Incentive), which pays its participants in quarterly instalments, has helped to transform its four specified heating systems[1] into mainstream heating solutions. PV solar panels are now a common sight atop farmhouses, townhouses and even Victorian terrace roofs, while Biomass boilers can be found everywhere from country cabins to blocks of flats.

We have recently been confronted head-on by ‘off-grid’ energy while working on an extension to a listed gatehouse sited in the rural village of Upper Dowdeswell in the Cotswolds. Unconnected to a mains gas supply and currently heated by inefficient electric units, the project lends itself very well to a stand-alone system, where comparatively expensive installation costs can be partly absorbed by the construction work already taking place.

We are proposing the use of an ASHP (Air-source Heat Pump), a system that functions like an air-conditioning unit in reverse. It works by taking heat from the outside air, compressing and boosting it to a higher temperature using a heat pump, and then sending it through an internal heat exchanger coil, which can be used alongside a conventional hot water cylinder to supply radiators and taps. While the system uses a small amount of electricity to power the pump, it produces two or three units of heat per unit of mains electricity used and complies with the governments Domestic RHI, which currently pays 7.51 pence per KW/h for the first seven years, helping to further offset the cost.

By specifying the heating strategy at an early stage, the ‘cons’ associated with Air-source Heat Pumps (ugly, noisy units) can be mitigated, and their efficiency can be enhanced through the design of the building. At Upper Dowdeswell, the installation of underfloor heating (which maximises the efficiency of Air-source Heat Pumps), careful detailing of the thermal envelope, and thoughtful specification of building materials all contribute to a holistic heating strategy likely to make moving off-grid as successful as possible. 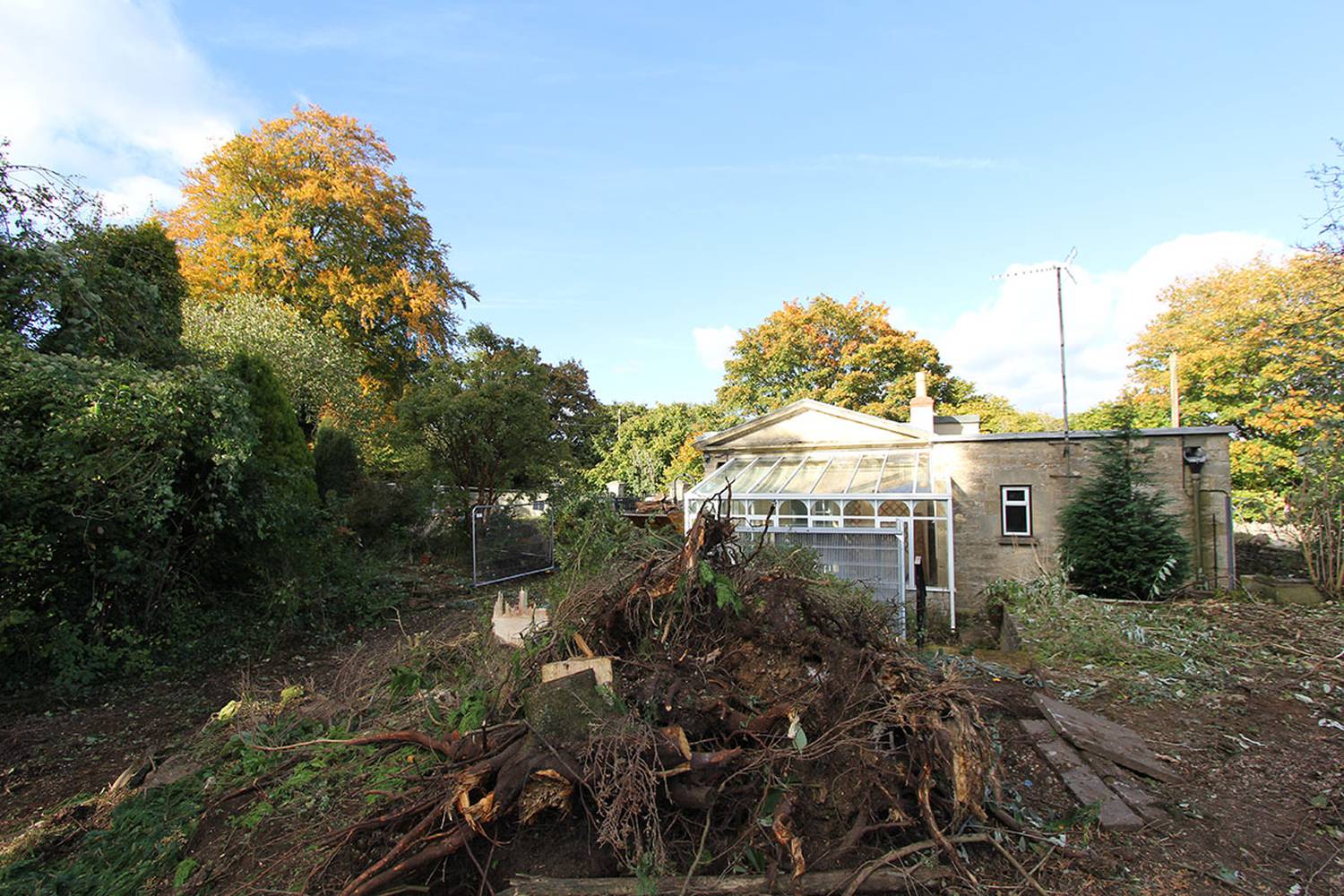 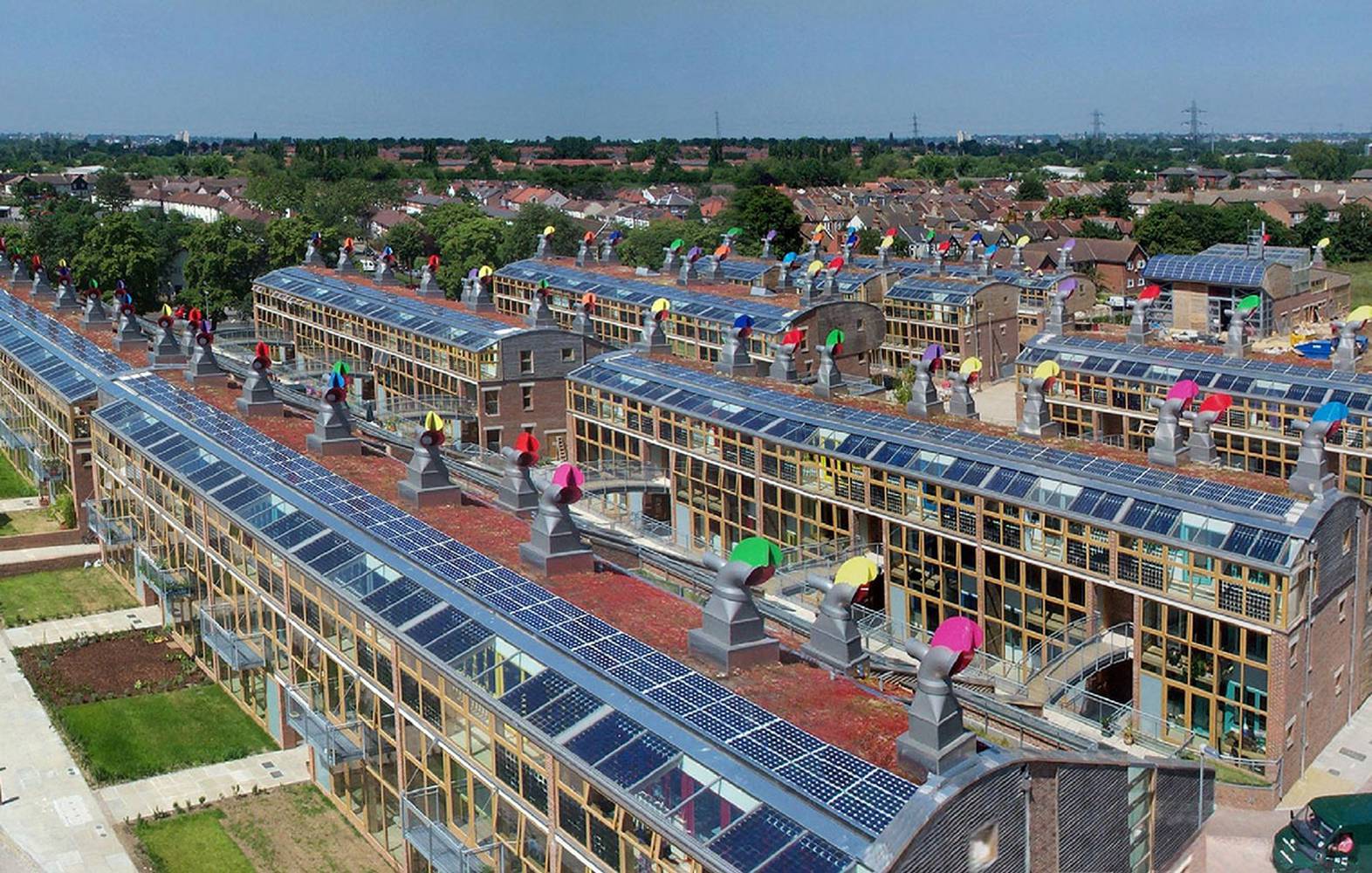 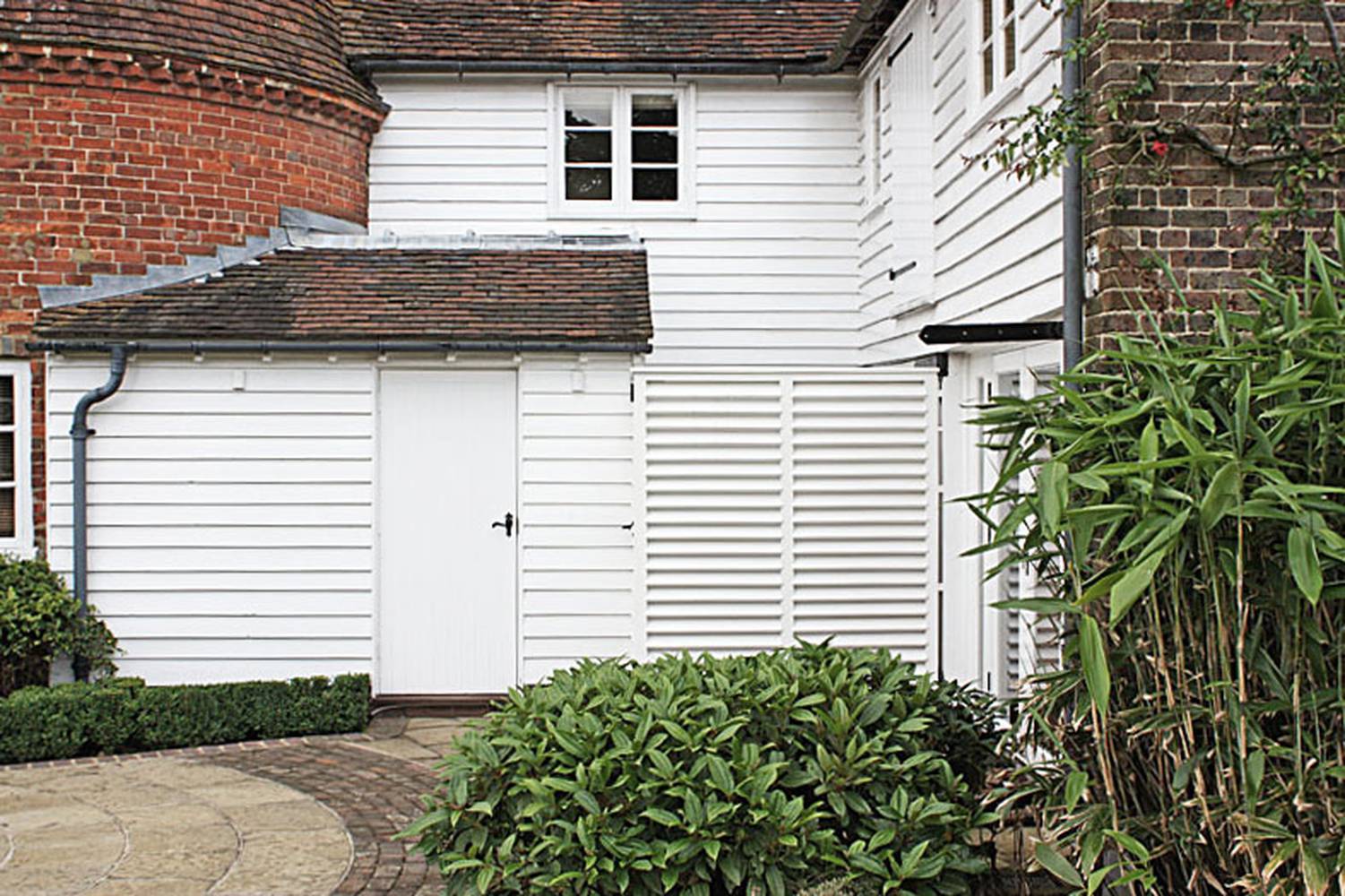 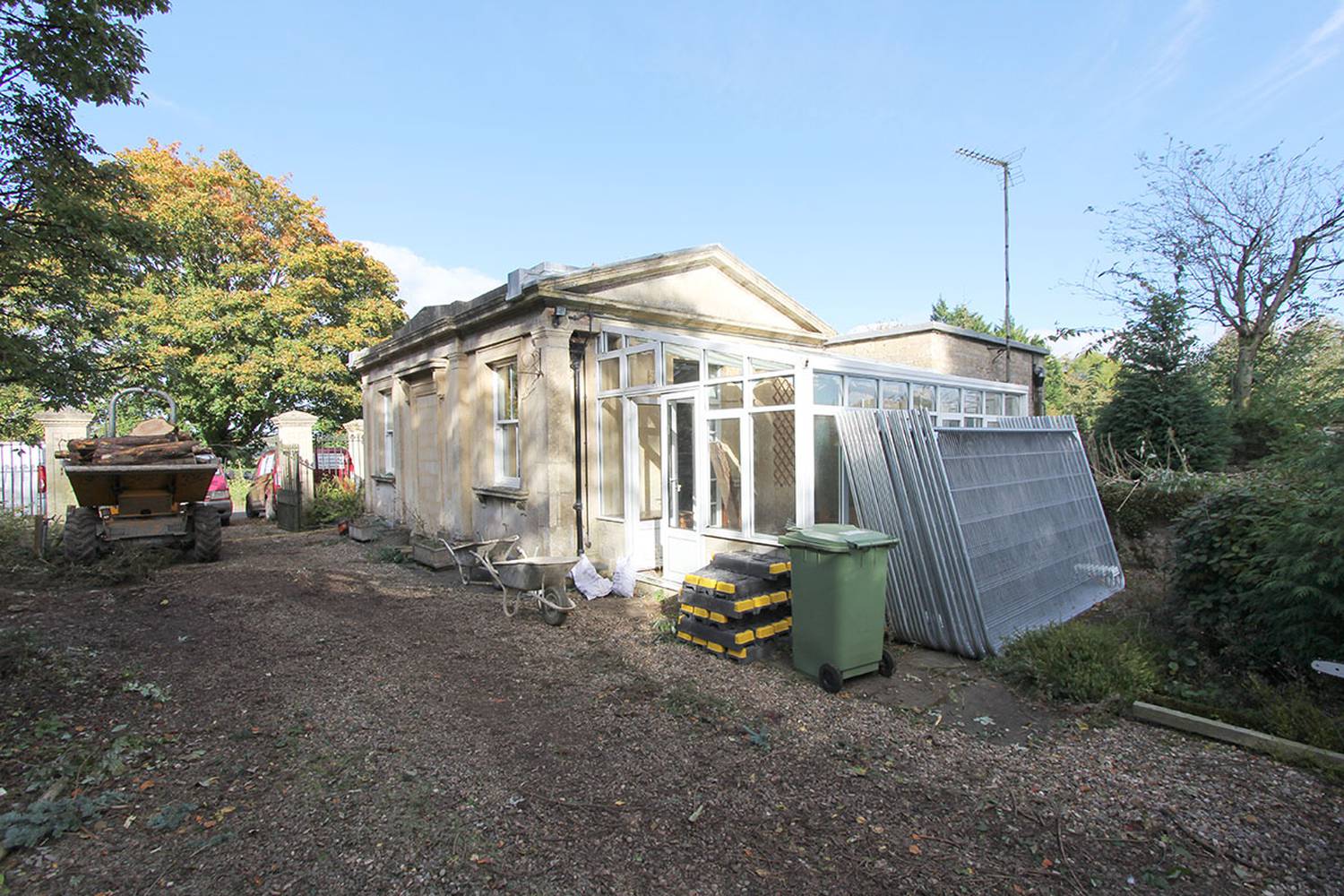 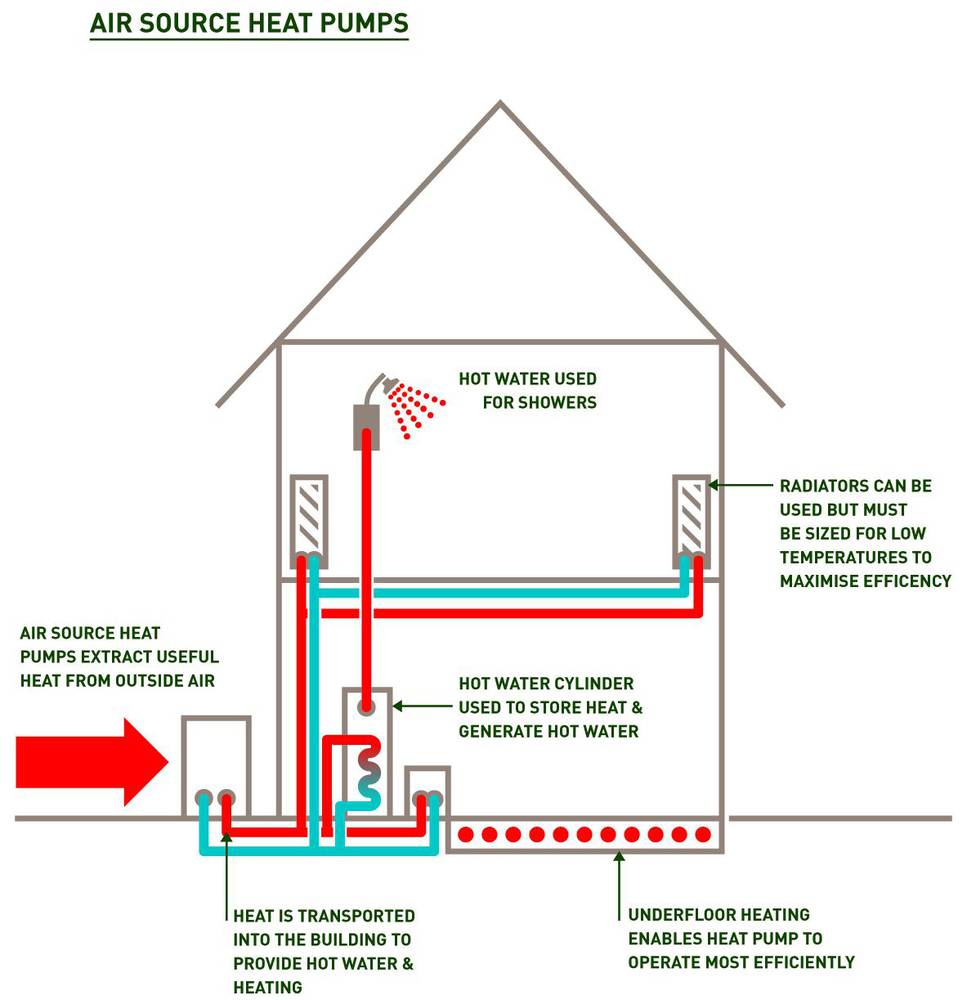 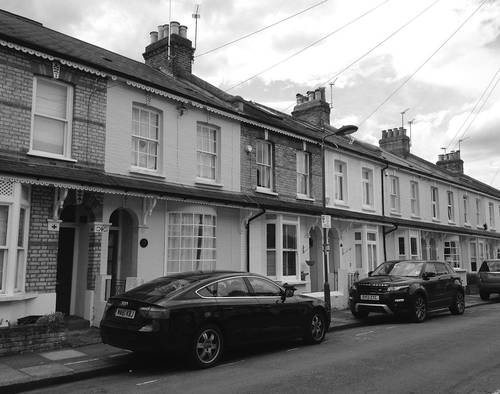