This article is part of a series looking at development sites in London.  It will focus on the north-east London neighbourhood of Stoke Newington and look at some of its more inventive recent housing schemes on difficult and often unlikely sites.

An area characterised by streets of Victorian housing stock and large areas of open space and parkland, there are few obvious sites for new buildings in ‘Stokey’.  Like many other desirable neighbourhoods in the capital, plots are highly sought-after as self-builders and developers alike look to squeeze new housing into any available space.  Those sites which have been unearthed have spawned some interesting and inventive architecture which responds to the challenges of tight and tricky sites.

Mews houses of 17th and 18thcentury London were built around a paved yard behind larger city houses, most commonly to house stables and servants quarters.  A number of contemporary developments share a few similarities with this historic housing type in Stoke Newington.

The aptly named Brickyard Mews and 1-6 Copper Lane are examples of new housing in the area which tuck themselves discretely behind the familiar Victorian vernacular of the neighbourhood.  Whilst the former development is described as a ‘gated community’ the latter claims to be the first example of co-operative housing in London and is shown in the above image during the construction stage.  Both could be considered modern-day mews developments, the sites are surrounded by traditional terraced streetscapes and an actual manifestation of ‘hidden homes’, a concept explored in the first article.

Copper Lane is a cluster of six homes around a central shared courtyard which features multiple entrances to the dwellings (one private, one communal), shared common spaces including a room for entertainment and a shared workshop and laundry.  A backland site ‘landlocked’ by the surrounding Victorian terraces, the 1,000m² ‘island’ plot is connected to the street by a pedestrian pathway from which the development derives its name.  The site was purchased collectively by those who were to occupy the six dwellings, each investor negotiating what they would contribute to the project and what they will receive upon completion.

The development is both coherent and legibly different in form and in its communal function.  A palette of timber and lightly coloured brick sets the scheme apart from its historic London stock brick neighbours.  Indeed, those neighbours are the length of a decent-sized back garden away meaning the visible landscape from the development is mostly trees and greenery rather than the rear façades of the terraces.  This distance offers a degree of seclusion, eliminating any issues of privacy, overlooking and daylight from the existing properties.  Surrounded by a communal, shared garden, all residents have access to a large amount of shared amenity space whilst also enjoying private balconies attached to their own properties.  This generous ‘perimeter’ garden adds another ‘buffer’ to the development whose massing and roofline also tries to ‘minimise impact on its neighbours’.

Church Walk is one of the oldest roads in the area and is home to a number of interesting residential developments on previously industrial land.  151 Church Walk, completed in 2012 is comparatively closer to its neighbours than Copper Lane and its form addresses the issues which arise from this.  The site is roughly 21m by 11m and two existing buildings are in close proximity.  These had to be addressed for the scheme of four residential units to be viable.

The building overcame overshadowing and overlooking issues by having angled triangular rooflights which capture daylight from above the overshadowed area without facing the neighbouring properties at the south-western corner of the site.  The windows at the rear of the building are angled perpendicularly away from neighbouring windows to ensure privacy.

The stepped, terraced massing keeps its bulkiness down and green roofs give back the habitat of the empty site to the local wildlife.  The mass of the brightly coloured new building actually improves light condtions to the neighbouring Clissold Road property by reflecting light into their windows.  The outdoor amenity spaces for the units are also shielded by the building’s mass providing privacy from the existing neighbouring residential block.

The End of ‘End of Terraces’?

At the southern end of the neighbourhood, a small housing project has quite literally plugged the gap between two older properties on 76a Newington Green Road.  The site was a 4.8m-wide yard and the new proposal’s staggered front façade connects the two rows of Victorian terraced houses whilst avoiding a pastiche approach.  With a contemporary timber slatted treatment over anodised aluminium cladding, the proposal does not attempt to blend the two terraces together, but act as an independent and unique filler.

The site seems more obvious than the other two proposals; literally infilling the gap between detached housing and spaces between terraces offers a thin slice of opportunity.  However, this site could be considered one which, whilst in plain sight, might have been deemed unsuitable due to its size.

Opportunities for Development and for Design

Scarcity of available land forces potential sites to be found in unlikely places and often, the architectural challenges lead to some quite innovative responses.  But conversely, the search for opportunity leads to high competition for sites and seemingly over-valued development sites in a ‘crazy market’.

Difficult and tricky sites might not be immediately obvious but they offer designers more challenges and problems to be solved which, naturally we relish. 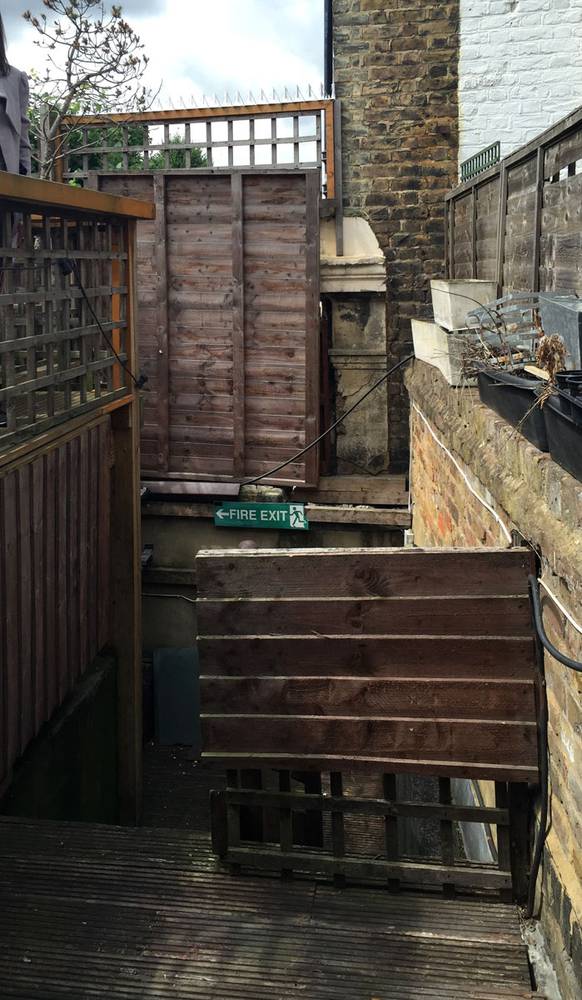 'Gap sites' like this, which may or may not be in Stoke Newington, are increasingly hard to find, and require a bit of lateral thinking to develop. 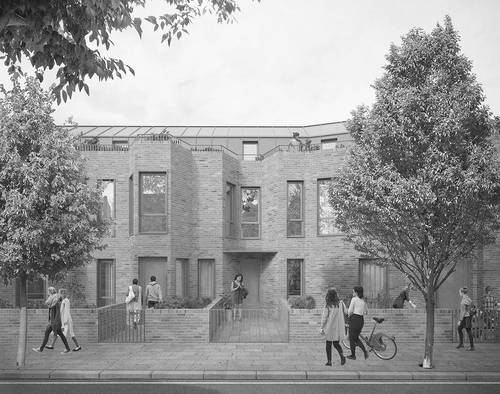