Models of cities have long been produced as an aid to represent and visualise both current and future urban environments. Scale replicas of the current cityscape, they also serve as prototypes for what might be built and how these proposals fit and interact with the city of old.  As tools they not only aid in conveying, promoting and communicating a city’s stature and ambition, they also aid the aesthetic and performative assessment of proposed buildings.

The NLA (New London Architecture) has just installed a larger, more detailed and more informative and interactive scale physical model of London which is now on display at its exhibition space in the Building Centre, Store Street.  The 1:2,000 model is 12.5 metres long, covers 85 square kilometres across 19 boroughs and includes around 170,000 individual buildings.

The NLA’s chairman Peter Murray said the model would be ‘a vital tool to help aid the discussion’ and ‘crucial to help shape a better city’ by involving and informing the public in the process of city planning.  Interactive touchscreens  control a variety of statistical and factual information projected onto theNew London Modelfrom above to illustrate otherwise imperceptible relationships such as sightlines and viewing corridors, local authority boundaries, key transport arteries and areas of major regeneration.  This allows the model to tell multiple stories and visualise different aspects of the capital’s past, present and future at the hands of the user controlling the overlaid information.

The model was developed using Ordinance Survey data and building information submitted by architects and developers.  Produced through a variety of techniques, the existing city buildings are shown in grey and laser cut whilst proposed buildings and developments (with outline planning permission or under construction) are 3D-printed in white.  This simple coding offers a clear idea of which parts of London are likely to change the most in the next few years.  New projects can be added to a constantly updated model, provided they are of significant size; 25,000 sqft or over.

It is not just the physical models of London which are increasing in detail and complexity.  A number of companies are digitally modelling the city in incredible detail.  Sections of these models can be purchased and are used by architects and city planners to contextualise and site their projects in an accurate digital representation of the urban environment.

The digital 3D models are produced through a technique called stereophotogrammetry.  By analysing and correlating a number of different aerial photographs an ‘exact digital replica’ of the city can be produced without the need for prohibitively expensive and extensive surveying, as modelling company ZMapping state on their website.  Examples of their highly detailed CAD modelling can be seen on their city gallery.  At their most accurate, the models are true to the nearest ±5cm when corroborated with on-the-ground surveys.

The homepage of another modelling company Vertex Modelling teases the extent and detail of their London model and, like the NLA model, includes both existing and proposed buildings.  Sections of the model can be purchased in various resolutions depending on area required and the type of study being undertaken.  Textures can even be overlaid onto buildings to make them an even closer and more lifelike representation.

These models or future models like them could potentially open up the way in which buildings go through the planning process.  Rather than, or in addition to the required plans, sections and elevations, large projects and masterplans could be made to submit a detailed model of their building which would be placed in context in its place in the city.  Gone would be the carefully picked ‘slender view’ which might show the building’s ‘best side’.  All views and visual implications of a proposed new building could be ascertained using a detailed CAD model such as these as they could be viewed from any vantage point.  If large-scale projects were made to submit a 3D model to be inserted into its digital context, it could change the manner in which planning applications are assessed and make the process more open and accessible.  Just as Westminster council’s planning website shows different pending applications located on a map, a model of London’s future buildings awaiting approval might mean that more Londoners could be involved in and comment on the city’s new architecture before it is built.

As the detail of these models increases, so does their opportunities to be put to use.  The potential application of these models goes far beyond just mere representation and aesthetic similarity.  Additional data allows for these models to become tools to actually shape architecture and key in decision-making process of large scale urban projects.

A historic example of a model which served as a scale physical testbed is the San Francisco Bay Model  shown in the image above.  Measuring 320 by 400 feet in size, it incorporates the city regions of San Francisco, Oakland, Berkeley and San Jose.  Built by the US Army Corps of Engineers in 1957, the model is a working hydraulic simulation of the Bay Area and was used to test the effects of a variety of proposals on the Bay in terms of water level and flooding.  Radical proposals to infill huge areas of the bay and covert them to land were abandoned after the model proved there would be disastrous effects elsewhere in the region.  The model was in use as a research tool until the year 2000 to test different scenarios and their potential consequences.

The city-state of Singapore is currently undertaking an ambitious project which furthers and develops the scope of the 3D CAD model of an urban environment.  ‘Virtual Singapore’ allows for additional, non-‘physical’ information and data to be overlaid which can be read alongside the perceptible physical environment.  Just as the NLA’s London model projects additional information onto the New London Model, GIS (Geographic Information System) data is included in every section of the highly accurate digital representation.  Environmental conditions, accurate topographical data and current and future people and traffic flows at different times of day can be analysed and alterations new projects might have on these can be accurately assessed.  The model, once complete and ready for use in 2018 will ‘allow the city to make more educated decisions’, to test the potential effects of drastic alterations to the city before they are implemented.  This data could become a hugely important ingredient in future design processes.

This kind of testing through environmental and pedestrian data analysis could avert unforeseen side effects a building might have on its locale.  The data embedded into the model can be used to ‘test what impact a new skyscraper would have on travel patterns or the local microclimate’, as City Metric report on the Singapore model.  This analysis could conceivably alter the way in which buildings and masterplans are conceived and designed in the future. Buildings could be tested in context, not just how they look and fit within the city, but how they perform, and how their presence might change the city, altering movements and environmental conditions.  Indeed, with this as a design tool, certain errors and oversights in building design which cause adverse wind phenomena and dangerous solar refraction might be avoided in the future.

Whilst considering scale and digital models of cities, some modelling can actually occur at the 1:1 scale, placed right within the city as it continues to function.  In Switzerland, Baugespann, or ‘building profiles’ are actual lifesize models on site which offer up the outline or massing of a proposed building or addition for public review and scrutiny.  Constructed from poles and wooden red angle markers to delineate scale and mass, the process is a requirement of Swiss planning laws to be erected and left on site for a month before the final building is approved.

These ‘ghosts of future buildings’ are mocked up in actual space, inserted not into a model but into the city itself.  In a highly democratic society such as Switzerland, these profiles ‘help the public envisage impact’ and widen the scope of consultation.  This process ensures an engagement with the local community most likely to be affected by the new development.  In Britain, the city of Oxford piloted a similar scheme last year, the first of its kind in the UK. 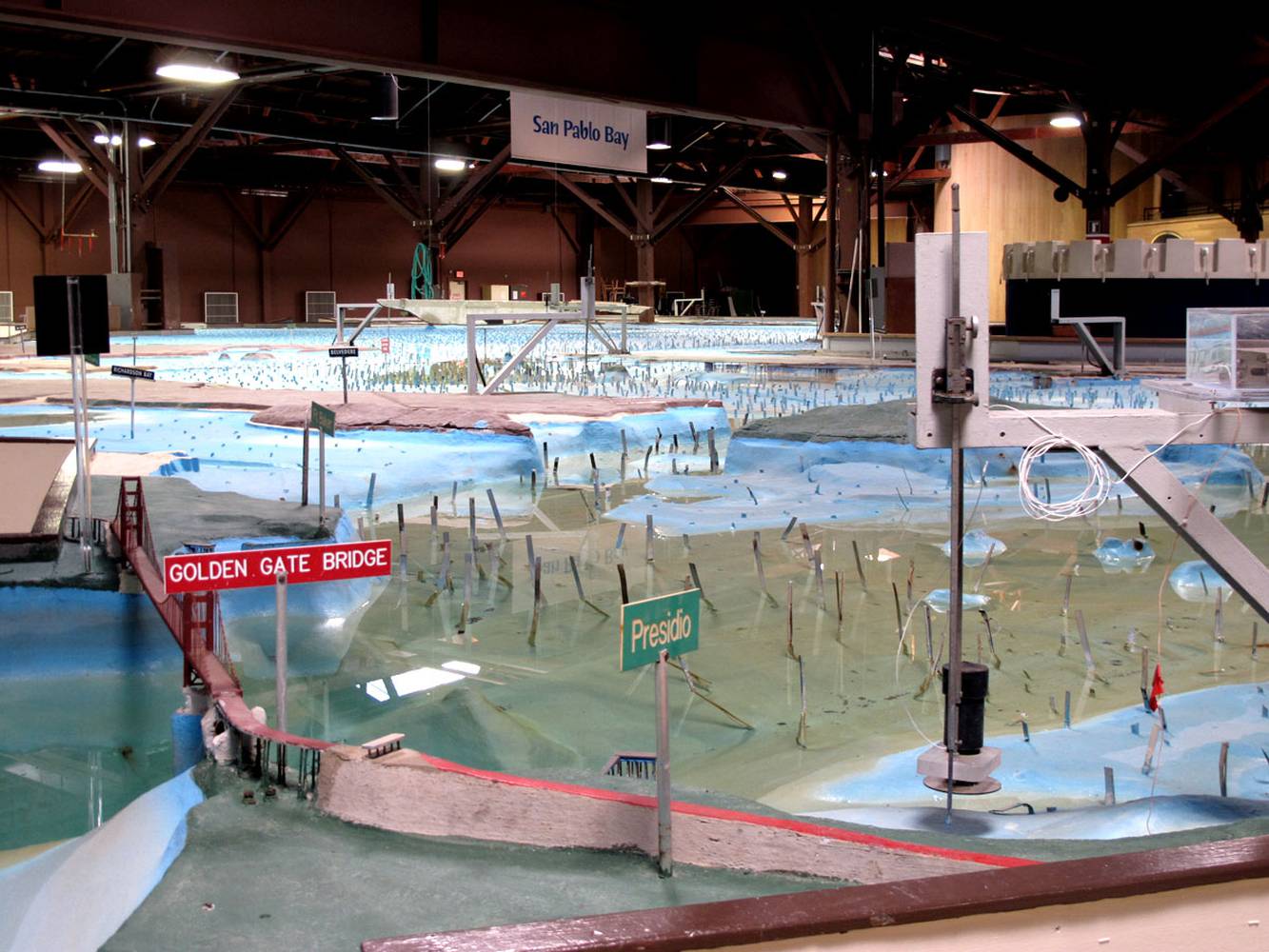 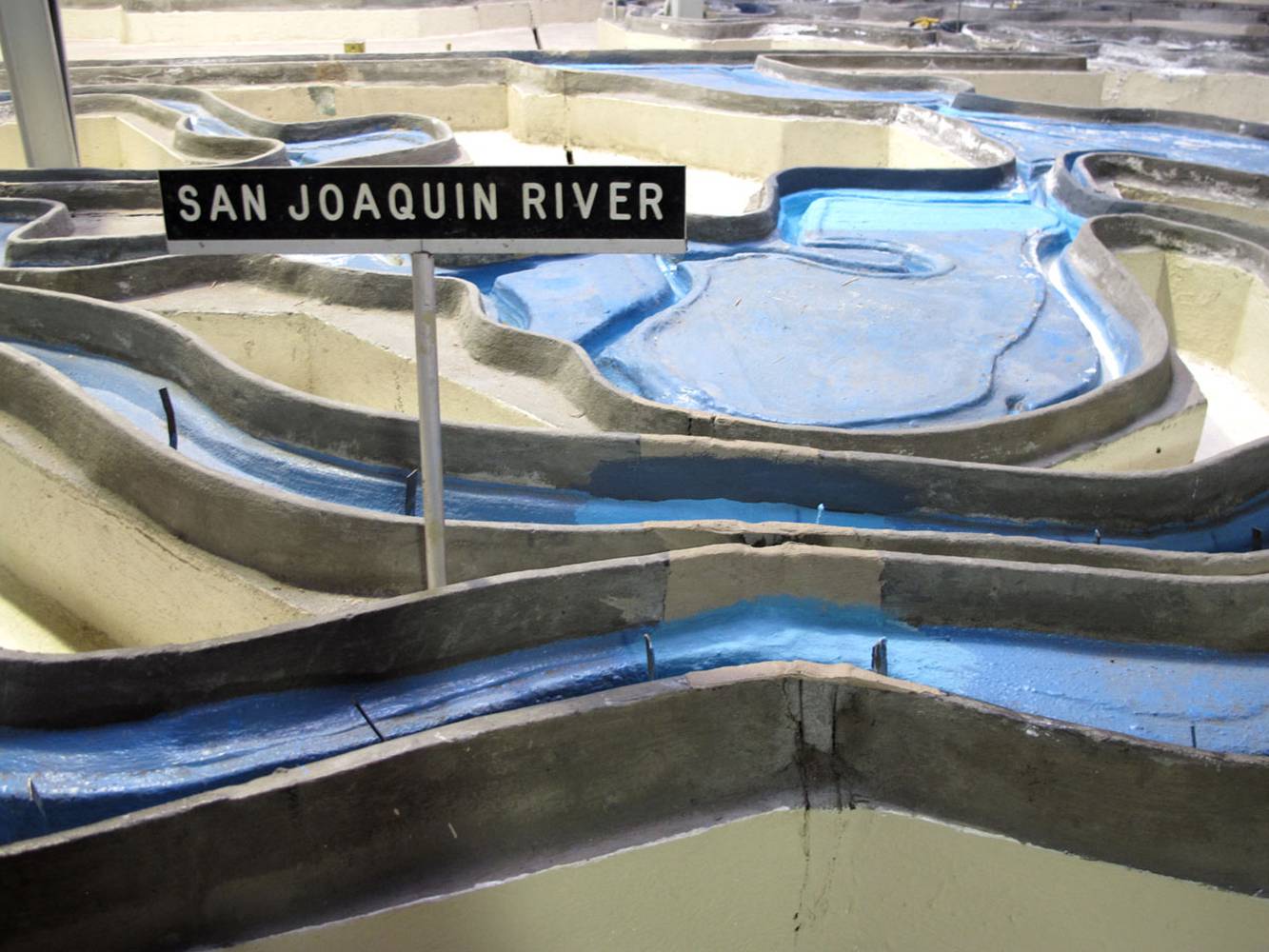 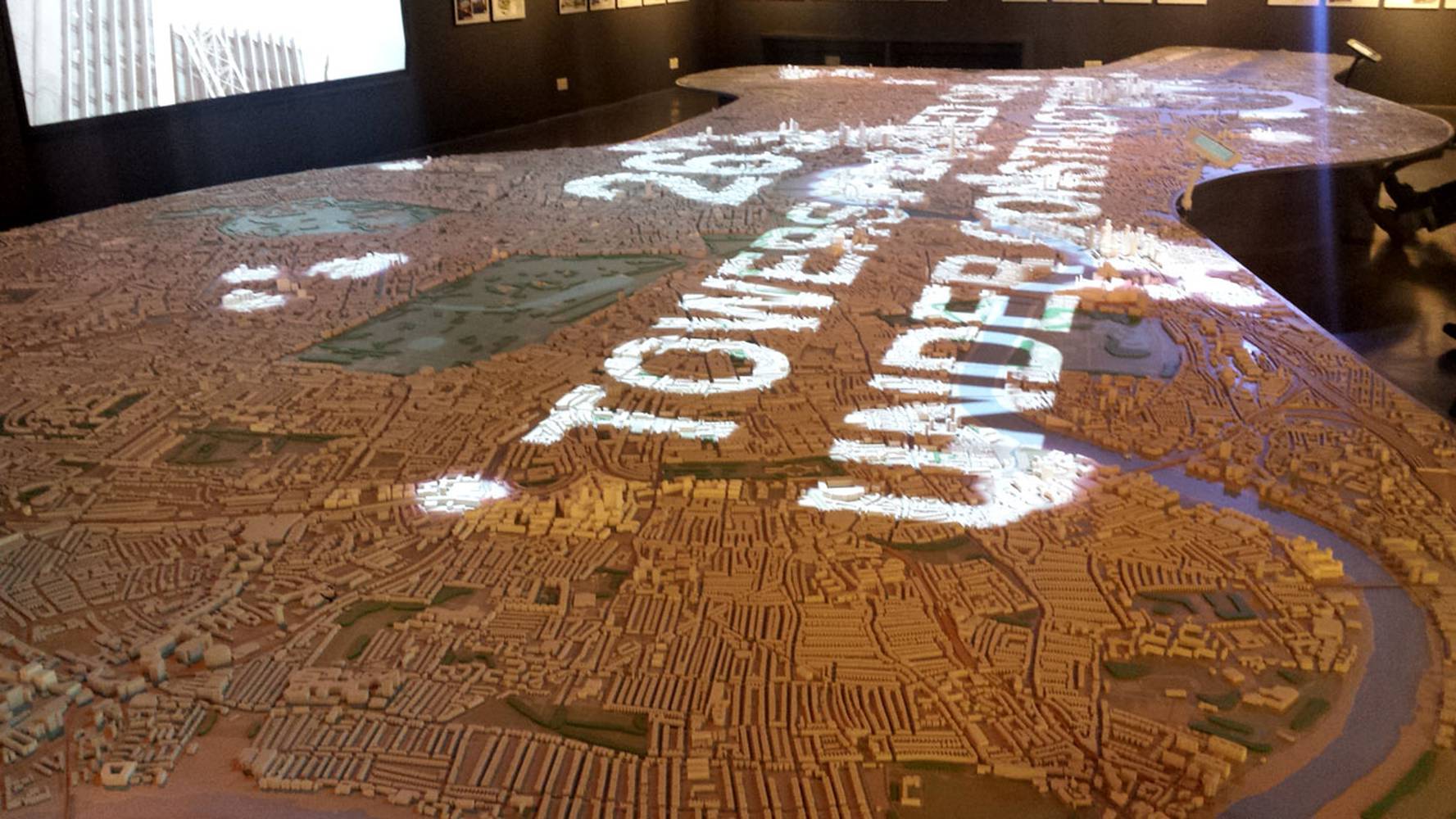 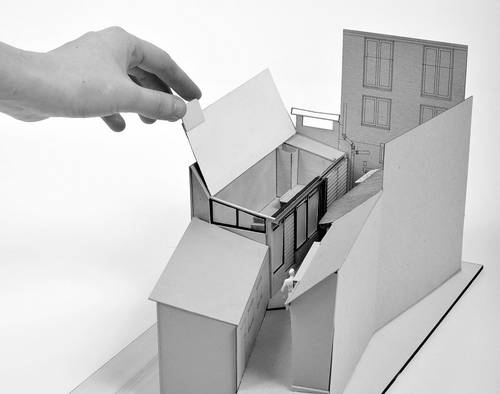